Once, we have heard truth we must stay with it! Not an easy way, because in this we see that we must give up some stuff. However, to get back to covenant with Yah, to re-enter the marriage we have to give up our whoring hearts. Sounds harsh, doesn’t it? The fact that Yahuwah calls us whores and adulterers but this is exactly what we need to hear.

Look at this, Once saved, always saved is the word given by religion. Yes, we can all enter the gate with smelling and looking like whores; that is the world. Not so, because the truth says, “Enter through the narrow gate! Because the gate is wide–and the way is broad–that leads to destruction and there are many who enter through it. Because the gate is narrow and the way hard pressed which leads to life, and there are few who find it.” (Matthew 7:13-15). The text goes on to tell us about the false prophets and wolves, which many can’t seem to believe have tricked us.

Oh my goodness, but Yes, beloved we have been tricked into thinking that we follow the narrow gate; when in fact, there are millions of people on the road of destruction…chasing prosperity, quick fixes and organized religion. Idol worship!

But here is truth, John 15 saying, “I am the true vine and My Father is the gardener. Every branch in Me that bears no fruit He takes away. And every branch that bears fruit he prunes, so that it bears more fruit. You are already clean because of the Word which I have spoken to you. Stay in Me and I stay in you. As the branch is unable to of itself, unless it stays in the vine, so neither you, unless you Stay in Me. ”

Now, the question comes; who does he speak to?

Knowing who we are is key here. We hear sermon after sermon, lesson upon lesson speaking of the Israelites; however, then they say as Christians we should do as the Israelites; or rather not do as the Israelites. This can be confusing, why don’t we just settle this thing once and for all. I am an Israelite, born into the Royal Priesthood, hence, what the word speaks it is for me, it is me he speaks to. Not as a Christian but as one chosen to find the narrow gate.

Get this, it matters whether or not we can see ourselves and know ISRAEL that this word is written for YOU.

Yahshua says, “I was not sent, except for the lost sheep of Israel.” (Matthew 15). So it would behoove us to know who we are to get this word.

The world would have us believe (has done a good job with it) that we are gentiles, and that the “lost sheep” are missing. Truth is “lost” in this instance is “lost minds.” We don’t think very much of Yah when we believe that he would actually let his beloved go. No, we were lost alright to us, not knowing who we are where we come from and dependent on others for that information, but Yah has always know where we are, who we are, what we are, where we belong.

So, it matters the identity that we cast off Christianity, cultism, and pick up truth. You are Royal Priests and Priestesses, even though we don’t look like it.

Look at this Yahuwah says,”the First and the Last, who became dead, and came to life: “I know your works, and pressure, and poverty – yet you are rich – and the blasphemy of those who say they are Yehuḏim and are not, but are a congregation of Satan. “Do not be afraid of what you are about to suffer. See, the devil is about to throw some of you into prison, in order to try you, and you shall have pressure ten days. Be trustworthy until death, and I shall give you the crown of life. “He who has an ear, let him hear what the Spirit says to the assemblies. He who overcomes shall by no means be harmed by the second death.” (Revelations 2:9-11).

It pays to know who you are. Are you suffering, have you suffered? We must see a bigger picture than what we suffer daily, it is the NATION which Yah speaks of. Are you poverty stricken? I know some of us believe if we have a 1.00 past 2.00 then we are rich, but really who are we kidding we have nothing compared to the vast riches Yah has in store for us. Look at sickness, employment, homelessness, mental illness, prison rates, fatherless, widowed (single mothers), education, and see who suffers most in those. Lets not forget slavery—all found in Deuteronomy (i.e., the curses). 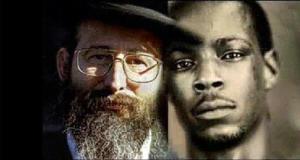 Finally, this word says Repent Israel, and come from among your religious sects; You are not Christian, Methodists, Muslim, Mormon are none of that. You are Yah’s chosen.

Watch: I know thy works, and tribulation, and poverty, (but thou art rich)

One thought on “Your Sunday Bread: The Key Word is to “Abide!”