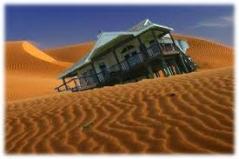 As I was reading the letter from the white guy who said, in other words, blacks are still slaves. I was really hurt, but never did get angry though because of the way it was written. It is the case that tone played a huge part in that; or, it could be growth in the area of accepting truth. Whatever, the case, I got it; that is, black people look down on each other because of stuff we acquire, and it’s nothing new.

In James 1, there is much time spent speaking of asking for wisdom, because without it we can find ourselves in some rough places. He writes, “If any of you lack wisdom let as of Elohim…” doesn’t say run and ask bff and the boys, but to ask the right Source for it. Conversely, we seek out advice from the wrong people, because we are hung up on looks. Hence, she is a Psychiatrist, He’s a Pastor, they have a Doctorate, or a Master of Divinity and so on.

Let it be known today that outward looks kill spirits. Therefore, all the aforementioned titles look good on one’s resume’, however, what about wisdom? We must know there is no way to fight without it.

About wisdom he says, “Let the lowly brother boast in his exaltation, but the rich in his humiliation, because as the flower of the field he shall pass away. For the sun rose with burning heat, and withered the grass, and its flower fell, and its pretty appearance perished. So shall the rich man shall fade away in his ways. (v.9-11).

You know what, with all happening I am happy to walk where I walk now. Let me tell you, someone keeps reminding me that if it had not been for a certain someone I dealt with early on; I could have been finished with school and so on…but I tell you what, I would not know what I know now, see what I see, and have the wisdom I have; nor would I have been called out from the madness of thinking I need more money, to get rich to be righteous. I boast then in my exaltation because I can make it through….and stand the test.

What about it? The testing. James continues and says, “Blessed is the man who does endure trial, for when he has been proved he shall receive the crown of life which the Master has promised to those who love Him.”

People out there chasing money are missing out on true relationship with Yahwah. Oh, we believe that petty giving in offering, dressing up our sin is making up for it…and that it is Yah who blesses with stuff.

Ladies and Gentlemen, Satan blesses with toys, Yah blesses with wisdom. Get that way down in your spirit. We can remember Kanye Wests’ statement about selling his soul for a “few toys and a happy meal.”

The Scriptures are clear, we cannot serve two Masters…

Who do you serve?