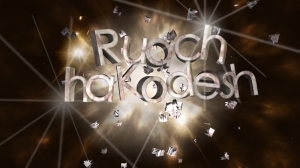 Everyone is naming and claiming Jesus. Conversely, some say they are saved, sanctified and filled with the Holy Ghost. However, we can stop the chatter about this pretty quickly with this verse.

“Therefore I make known to you that no one speaking by the Spirit of Elohim says יהושע is a curse, and no one is able to say that יהושע is Master (((except))) by the Set-apart Spirit.” (1 Corinthians 12:3).

I know its disparaging to hear about it, because some of us think that we catch the Holy Ghost Sunday, however, one may agree that with new revelation that spirit is iffy to say the least, because the Ruach speaks truth not lies.

Not saying that the Spirit of Yah is not talking to us, “the called according to His purpose”, however, its highly unlikely that if we are in the church that we would be able to remain there.

One thought on “Your Sunday Bread: So who are we under the influence of if not of the Set Apart Spirit?”