That’s why some of these men run off and leave their children, because of these silly women who make it impossible for men to love us. Black women, single or not, and even some men have got in their heads that the children need brand names, and though it is fine in some instances there should be a limit. I ask, does it make the clothing any less valuable if we save money on somethings.

I mean take for example, shoes. Did you know that the manufacturing of such costs no more to make a lessor brand than a name brand, however, people prefer the more expensive?

“Psychologists tell us that there are two main reasons why we buy luxury goods, even when many of us really can’t afford them. The first is called “signaling” — using luxury goods to “show off” and send a clear signal that you measure up to your peers, or to others in your community. Similarly, we often purchase luxury goods to “mark” significant accomplishments in our lives.”

It is therefore the case, that there is an inferiority complex going on when we see parents snubbing their nose at the least expensive pair, and begs the question of what happened to being clean, tidy and comfortable over going broke?

Speaking of broke and not knowing it. Does anyone even think about the fact that the government is spending millions for people to eat, have a roof over their heads, and for people to be healthy, yet, someone would vie for a more expensive pair of shoes than to have more money to stretch further.

In essence, we must learn to think better about it. I mean really consider this and know that if parents are not together and are doing their best then each has a responsibility. If fathers cannot afford brand names and the mother wants that then she should pay for what she wants, or vice versa if that guy can afford brand names and wants that he should, but certainly no one should go broke trying to be someone they are not. It is the case, that if we want better most definitely we should do what it takes to do it.

Thats my take. What about you?

The ‘real’ costs of that pair of sneakers 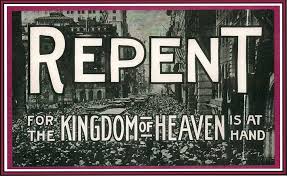 So then I heard someone say “Thank the Lord we made it to another one”, and I was thinking to myself ‘Another what?’

I could have taken this to say that the person was thankful for another day, but I knew this person was thinking what all people still pagan in their thinking thought of yesterday, and that is, ‘Thanksgiving’.

In the past, I have never seen anyone carry over the message of repentance into the Thanksgiving dinner table discussion. Hence, there are game discussions, what happened over the last year since we met and families sometimes in the same city have not the forewithal to call and check on a loved one.

In fact, I have to wonder if there is any care or compassion past this one day. In essence, repentance then is not a topic of worldly tradition leading no where. Plus the fact that more people sin yet again through gluttony during the holiday season.

Today: Think better than that and say to be thankful I will seek out the will of the Most High for myself and those I love. Prayerfully eyes will be opened and ears will hear truth.

“The Son of man came eating and drinking, and they say, Behold a man gluttonous, and a wine bibber, a friend of publicans and sinners. But wisdom is justified of her children.” (Mathew 11:19).

Some of these holier than thou people have turned their backs on those of us who need help, choosing to chase money and profaned doctrine. Literally, some of us who say we are saved have become so arrogant and prideful that we have become “Stuck up” and considered our service to be merely, Sunday morning worship. Wrong thought! It is not the case that Yahshuah separated himself from those who needed him most, and we must know saints that the ones who need him most are not at church but outside. He congregated with those without and was accused of being a winebibber.

What is that? In today’s terms a winebibber is literally a “Wino.”

Yes, Yahshuah liked to drink the drink. However, we also see that he did that without falling into sin. Meaning, he knew when enough is enough. We cannot begin to think this way without rebirth.

The word of Yahweh says this: “And be not drunk with wine, wherein is excess; but be filled with the Spirit…” (Ephesians 5:18).

So we see that we are not to condemn those who have “addiction” issues. Yahshuah sat among them and then left his spirit to comfort those who have these ills about them.

“For we have not an high priest which cannot be touched with the feeling of our infirmities; but was in all points tempted like as we are, yet without sin.” (Hebrews 4:15).

Are we guilty of condemning those who suffer? Repent now and be restored to right thinking. Have we turned our back on the one who suffers most? Pray now and judge not lest ye be judged. In all things forgive so that you can be forgiven.

Yah is here to set the captive free. Trust him.

Stay in his presence…

The ideal of successful achievement as alleged by worldview says, that if a person has an education then he is worthy and acceptable. Moreover, people would say of  the man or woman who graduated from high school, or who has earned a degree are successful. Joe is a man who lives on the street, and one would wonder how it is that he came to be in that place.

The eyes of society would gather that he is good-for-nothing, lazy, or the scum of the earth. However, they would be surprised to know that Joe was reared by a Christian family, and went to one of the finest private learning institutions in the city. When he graduated high school he attended a prominent college to earn a Degree in Business, and from there went on to work making good money with a reputable company. His future was bright, or so it seemed, because for most he had everything he needed. As society dictates he got married, bought a house and had children. Hence, Joe was living the American Dream. Sadly, life as he once knew it ended years ago, because when I first saw Joe he was one of the people who stand outside the corner store asking for money.

His downfall began; I was told when he started going to happy hour after work with friends. First it was a few drinks to relieve the stress of the day, and then came a day when anything was a reason to drink. Fifteen years have passed and Joe has no job, no wife or family and no hope. Why? Well, Joe is now an alcoholic; however, he is not alone. Many people suffer from the disease of Alcoholism for which the world knows no cure, except when they find a Power Greater than themselves. (as cited by Griffin, 2011)

There are many people like Joe who frequent the streets of America in the throes of Alcoholism. “The drug alcohol is the leader of all drugs found in the United States.” (Mogul, 2012)  The numbers of those who partake of the most coveted of beverages reaches 12 million. Accordingly, there are “three-fourths of all adults who drink which is an average 6 percent of Americans who go on to become fully fledged alcoholics.” (Mogul, 2012) This information is troubling, because to see Joe who looks almost skeletal in appearance one has to wonder where America went wrong. Joe is not the only person who has become a statistic; further estimates show that the youth are at risk which says that those ages 12-20 are binge drinkers. (Mogul, 2012). This assumption adds up considering that Joe was just a little over that age when he graduated college. “Three-fourths of high school seniors report that they have been drunk at least once” which is astounding. (Mogul, 2012)

I was curious about the man I saw there, because contrary to how he looked he had a dash of sophistication about him. It was the way he held his hand to say thank you, and the slight tilt of his head as smiled that drew my attention. I asked around for anyone who knew his plight not wanting to seem disrespectful. Who would believe that this scraggly bearded man with the ragged clothes hanging around corner store asking for coins was once a successful gentlemen, husband and father?  Statistical data is of particular interest here, because it denotes that people with higher education are more likely to drink, and those who have higher income tend to be most affected. Figures show those 5-10 % males, and 3-6% females may be considered alcoholic, according to the National Institutes of Health (as cited by MNT, 2009).

What happened to Joe’s family? Once he started drinking which began as early as 9 a.m. there was no turning back for Joe. He would hide bottles everywhere in the house so that no one would find all them. Thus, when his family thought they had a reign on the illness it seems that the illness got an reign over them once again; Alcoholism is a family disease, and has claimed about seventy more than 70 million Americans. Accordingly,  sources say that the alcoholic family tends to step into roles where the family conveys “the perfect family” to the outside world.

Generally, each member of the family plays a part as in a theater act:

Is there help available for the Alcoholic who suffers?

According to Alcoholics Anonymous, the disease is a spiritual one, and is coined by professionals as a “Spiritual Disease.” The authors denotes that the disease characterizes the loss of self with the victim “wasting away, physically, and isolation.”  Help for the Alcoholic is seen in self-help groups, and church where the focus is taken away for self and placed in a Power Greater. The need for a humbled spirit of surrender is foremost for those successful. Hence, finding hope, finding oneself can be seen in giving back, and paying forward to mend shattered and broken relationships.”

There is hope for Joe and others if they believe.

Read: Yo Scapegoat Ain’t Me

Watch: There is hope & life after Alcohol Addiction & Drug Addiction.

Is Alcoholism and Drug Addiction a Spiritual Disease?

Alcoholism in the Family.