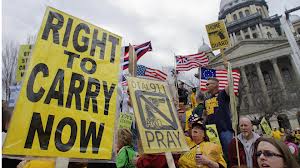 Special interest groups, also known as “Advocacy groups” carry much weight in the political area. Take advocates of gun control which is a big issue across the board in America where many seek to do away with gun play even in hunting. There are mixed feelings with regard to who has a right to carry and some feel that their rights might be violated.

In the article, “Special-interest groups–In the cross-hairs,” the The National Rifle Association lobby to protect such rights in the political area siting their 1st Amendment right to carry and bear arms are violated with new or pending policy changes where guns are concerned saying, “Thirty years ago, the NRA was principally an organisation for hunters and sports-shooters. Lobbying against gun-control laws was a rare activity, since there were few such laws about. (The NRA’s then president, General Franklin Orth, testified before Congress in the 1960s in support of a gun-control measure: a bill banning mail-order gun sales after the Kennedy assassination.) Since the mid-1970s, though, the NRA has increasingly focused its supposed 3.6m members and its $137m annual budget on two political objectives: helping to elect pro-gun-rights candidates, and then lobbying to ensure that they keep the faith when gun-control laws are mooted in Congress. According to the Centre for Responsive Politics, which tracks the impact of political donations, the NRA has given nearly $8.8m since 1991 directly to parties and individual candidates. It has shelled out many times that sum on indirect lobbying. Four-fifths of this money goes to Republicans; and it has been Republicans in Congress who have mainly been responsible, in one way or another, for blocking gun-control laws.”

The above information from even one group is huge and conveys truth while answering the question if special interest groups can ‘buy’ an elected official I can say with great confidence that it is most probable and likely that this is taking place. Hence, it is the case that media time can be bought as well. Yes, there is a great influence here.

In recent activities where President Obama went against the senate to establish stiffer penalties for our gun- toting counter parts he was hit with heavy resistance. I agree that it is fair that those who own guns be put on a tight leash, and while this might not seem fair to respectable law abiding citizens; the consequences of carrying should not outweigh or weigh as much as some who are carrying guns elsewhere. Hence, today, whether on the street or in the office mental illness runs deep in America. Hence, One nation, one gun law for all.

Those against guns feel the sting of them in their neighborhoods. Four years later, a family still suffers from a gunman who shot and killed a young girl and her grandmother during her birthday party.

The article, “Man gets death sentence for killing 2 at Fort Worth birthday party”, gives this account:

“Erick Davila was forgiven by the victims’ family after Friday’s sentencing.

Davila, 21, did not react when his death sentence was read Friday in the courtroom of state District Judge Sharen Wilson. The jury that convicted Davila last week of capital murder deliberated about seven hours over two days before deciding his punishment.

He was convicted of fatally shooting Annette Stevenson, 48, and Queshawn Stevenson, 5, in April during a children’s birthday party. Four other people, including three children, were wounded.

This event happened just four blocks from my home and I say money cannot buy common sense. This is what advocacy with special interest groups; such as, guns and other issues should fight to win. 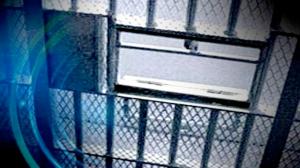